Forgive the die-hard people of the Democratic and Republican parties, They keep voting down party lines for decades and keep expecting something different. Who does the American people think is responsible for the mess America has been in for over 40 years? Wrong answer, just blaming the other party, and/or the President of the Democratic or Republican party is pure misinformation. Here, is the perfect answers, please use a paper and pen and write this down. The fault belongs to, 1. the citizens of the Two-party system, That "does the same thing every election and expects different results" 2. All members of both-parties in Congress do nothing but blame each other. 3. The President is not the one most to blame because his powers are limited by the Two Parties.

The Presidents have been responsible for the deaths of so many Americans through wars they have created, that America should not been involved in since World War II
( Note I call death of Americans and allies and the deaths of hundreds of thousands of civilians war),

however, some to be politically correct, call it police actions. Help, Police Brutality! Wait, we are the police of the world. I tried both parties, but I had to admit I was powerless over their poor judgments and actions. I chose the party of the people that it seems Jesus Christ belongs too. I may not be religious, because people have screwed that up. I try to grow spiritually. So that makes me vote for a person I believe in, rather than a party. I do not for a political candidate that feeds me Political BS from polls, CNN and leading media, and the Spin masters. I also try to avoid candidates from the upper class. I am not against being rich and living well, but I am against their lack of ability to make commonsense decisions best for the Majority of Americans, That is the Middle Class, (72%) and then include the working class the poor class and people without homes should cover about 95% of the population of America. Guess who runs American, The Upper Class, and the Big Six media corporations. Take chance on an imperfect human, that cares for real American, The majority, not just the elite. A person from the middle class, living of $2023.00 a month retirement that is well educated. Review my sites: 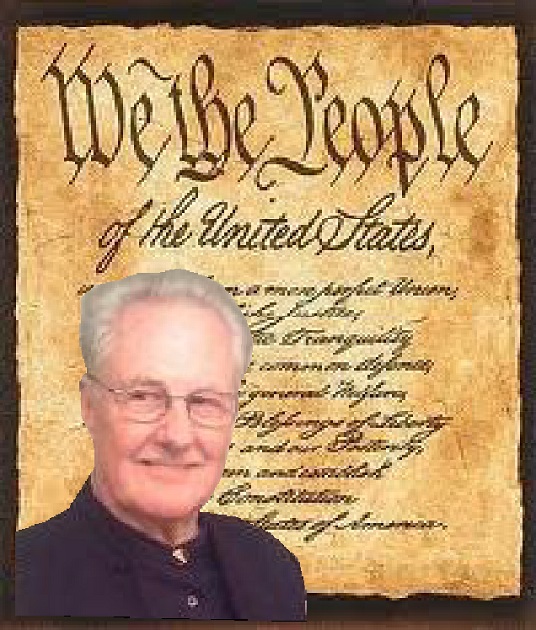 I have been reaching out since I announced my running for President of the United State on March 3, 2011. I have contacted CNN through all CNN sources and social networks. I have posted over 27 videos on Google, You Tube, Face Book. I have written to local Media in my area and they do not seemed interested in a man living in "One" 100 year old house living on his retirement and driving a 1992 Jeep because I had to sell my Cadillac to survive. I think people running for federal Positions such as the president of the Untied States, from middle class should have equal time in the media. Media seems to have lots of air time for Sex and Scandals. Get Mad as Hell, and care for Americans, put pressure on the media to give me a voice to talk to all the people. I can handle the heat when they try to smear me as a candidate, because that is the New politically correct thing to do in a Nation that keeps claiming verbally that we are a "nation under God", "for the people by the people: Not for the Politicians, by the wealthy.