I enjoy watching Lewis Black mainly because his humor centers on Government and stupid people. Lewis Black is funny in telling jokes that contain a lot of truth. I liked when he said about Americans always saying "We live in the greatest country, in the world. Black then asked, how is it that so many people, that have not every been out of our country, know that we are the greatest country in the world. There may be a country that is giving *S*@^ away. Like, Canada gives Free heath care." Then he said, how would a person like to work in an office with a person that they said every day that they are the greatest person in the world? After, a week, people would like to remove that person." My favorite people that tell us "Middle Classes that we live the greatest Country in the world are people like Mitt Romney' and Sarah Palin running or may be running for the President of the United States I about fell over when, Sara Palin said, "Remember us little people". Please look at the pictures of their homes below and see what is striking about Sara Palin association with the little people. So confusing, is she using the politically correct name for midgets or a dwarfs that want to be called"little people". Could she be referring the the 72% of the American people that are the "middle class," below her "upper class" status?. I think us "little people" of the "middle class" would consider life is grand in America living their life style and having their homes. 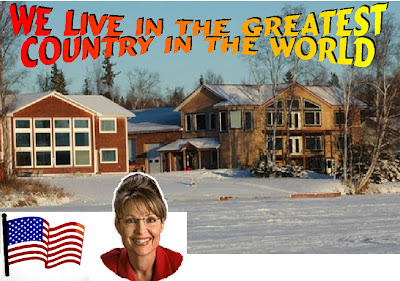 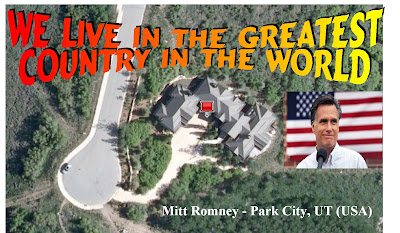