Stephen Moore- Wall Street Economic analyst.
He thinks like a Republican subrogate , or clone. How many years have WE been told, BY GOP, lower taxes for the rich, they will spend it to create jobs.
We I know that it did for makers of yachts, Multi Million dollars Estates. Making some, not all expensive Cars. They, also helped the fishers of King Crab, Lobsters, and lobsters.and do not forget all the jobs, they create taking care of their estates, and
luxury items.
Stephen, on CNN 12/13/2011, said, Paraphrasing: "Tax cuts , by Reagan for the rich created
18 million jobs"
Where did they go? Outsourcing job, manufacturing, to Foreign Countries.
The rich also cost American tax payers, $60.billion in taxes, by being allowed to do
offshore banking. 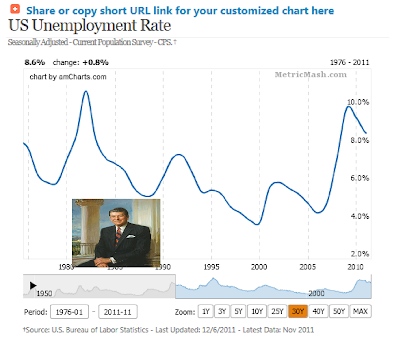 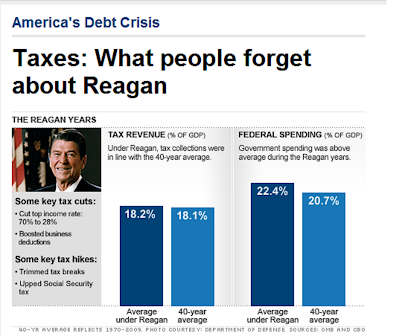 http://money.cnn.com/2010/09/08/news/economy/reagan_years_taxes/ind...
150 million people.
According to the Center for Budget and Policy Priorities:

In 2007, the share of after-tax income going to the top 1 percent hit its highest level (17.1 percent) since 1979, while the share going to the middle one-fifth of Americans shrank to its lowest level during this period (14.1 percent).
Between 1979 and 2007, average after-tax incomes for the top 1 percent rose by 281 percent after adjusting for inflation — an increase in income of $973,100 per household — compared to increases of 25 percent ($11,200 per household) for the middle fifth of households and 16 percent ($2,400 per household) for the bottom fifth.
If all groups’ after-tax incomes had grown at the same percentage rate over the 1979-2007 period, middle-income households would have received an additional $13,042 in 2007 and families in the bottom fifth would have received an additional $6,010.
In 2007, the average household in the top 1 percent had an income of $1.3 million, up $88,800 just from the prior year; this $88,800 gain is well above the total 2007 income of the average middle-income household ($55,300).
http://currydemocrats.org/in_perspective/american_pie.html
So "Middle Class," How Long Are You Going to Let,
"Upper-Class" Trickle-on You? 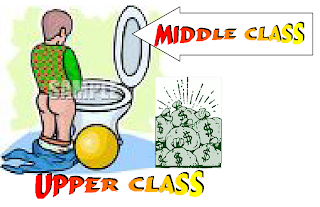 
First and Only Newspaper to cover a "Middle Class" Presidential Candidate
http://www.rrdailyherald.com/news/retired-littleton-man-focuses-on-white-house/article_b87bdf6e-20f7-11e1-a384-001871e3ce6c.html