The Trickle-Up Theory of Economics

The
Trickle-Up Theory of Economics ﻿
By Charles Harvey

During the mid-1970s, some economists contended that cutting the top income-tax rates would expand investment and production, creating jobs and raising national output. During the 1980s, a president made this approach the center of his economic policy. Proponents called this supply-side economics. Critics tagged it with another name: the "trickle-down" theory.
http://www.ehow.com/facts_5332766_trickledown-theory-economics.html 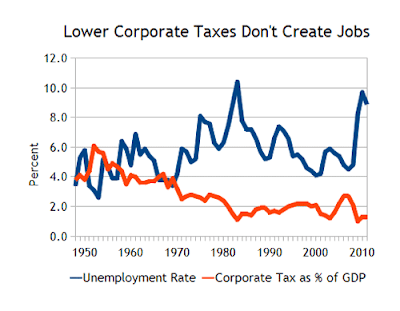 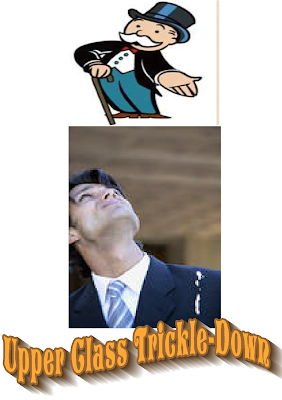 an example of The
Trickle-Down Theory 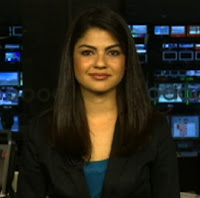 A Wealthy Congress Disconnected from Americans' Pain
Nearly half of all members of Congress are millionaires or multimillionaires, while only 1 percent of Americans reach that standing, according to the Center for Responsive Politics. While members of Congress have mostly gained back their financial losses from
the recession, Americans are still feeling the effects of the economic collapse.

There’s been little analysis of congressional wealth before the last decade, but political scientists agree that generally, wealth in Congress has always outstripped that of the average American. But in the aftermath of the recession, the wealth divide between Congress and the rest of America appears to have gotten even wider. The median wealth for all Congress members
rose by 16 percent, growing from $785,515 in 2008 to $911,510 in 2009, according to a report from the Center for Responsive Politics. On average, senators were worth three times more than House members ($2.38 million vs. $765,000), though the wealthiest politician was a member of the House — Darrell Issa, a Republican from California.
Meanwhile, life for the average American isn’t getting much better. The latest numbers from the Federal Reserve show
that the average American’s net worth decreased by 23 percent from 2007 to 2009. And the average American brought home $500 less between 2008 and 2009 — the same period in which congressional wealth increased. Read the entire article at:
http://usc.news21.com/jessicafloresstory/politically-unequal