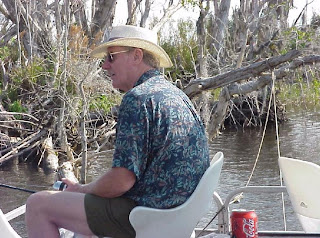 They really needed a poll to see If there is a clash between, "Main Street," and Wealthy
Street. I wonder if the Roman Empire did brilliant polls like this before their fall. So, let's look and why 72% of America population, that being the "middle class,“that has been ignored by their Government, for decades. Just a few of why the "middle class," could make them upset. 1. 535 members of congress control 300 million Americans. 2. During the recession, Members of Congress worth, gained 23%, with over 250 members of Congress being millionaires. However, on "Main Street," USA, the lost 16% during the recession, 3. Congress has been lying since Reagan that allowing less taxes, and tax breaks, for the “upper class, including the “One Percent,” will create jobs for Main Street The opposite has happen, less jobs, high unemployment, and more money for the rich. 4, lied to American why we were involved in 2 wars, And other conflicts in the Middle East. 5. The President, and Congress, cause several thousand American, to die, buy going after the Terrorist in a fill scale invasions in the Middle East, leaving
Iraq, and Afghanistan, worst now. We brought the enemies to these Countries,
causing millions of civilian’s displacements; and over 300,000 civilian deaths. But our government coined a catchy term, "Nation Building," That does not include America, thank God! Have you taken a good look at the
results of our governments "Nation Building," in the Middle East? 6. The give Trillions of dollars to Muslim/Islamic Countries for over a decade. 7. The wealthy that control the Media and Congress. They do not afford Media coverage for the unhealthy, "middle class, “presidential candidates, as the do the "upper class politicians. There is. Nothing in our Constitution that says, we have to be governed by the "upper class." 8. Not taking part of the trillions, to bail out Wall Street, and making low interest loans to American home owners, to save a few million homes, however, our government loaned banks like, Bank of America, $80 Billion, at 03.33 percent interest. The same bank that wanted to raise ATM Service charges. The banks are sitting on trillions of dollars, and not putting it into "Main Street USA. There are another 20, or more reasons, I could list, but I do not want to over load you, and cause you to go into a deeper depression, than you are now. I will sum up with the reason the wealthy are mad at the “Lower Classes."
1. "Middle class” wants them to spend Money to help America.
2.They want to keep their money, and continue to live, the life style they are accustomed too. Mitt Romney's, quote in 2011. "We love in the Greatest county in the World."
http://charlesharveyforpresident.com
http://thevoiceinthewilderness.com/