Is it Logical to Practice Capitalism without Environmental and Humanitarian Ethics and Morals?

Is Our Ocean sick? You Decide

The Gulf of Mexico has suffered because of greed and corruption.

My name is Taylor Watts, and I have a passion to help my planet heal. I want our government representatives to represent the people, not the wealthy corporations that contribute the most money.  I want the people of the USA to feel proud of their country and government.  I will appreciate any feedback up or down so I can learn to be a better advocate for our country, the people in it, and all living creatures.

The Gulf of Mexico is a beautiful body of water that has dolphins, whales, shrimp, bonefish, and an abundance of living creatures. Many varieties of birds make their home on the coast and are an important part of the ecosystem.  The Laughing Gull eats fish, shellfish and crabs that were contaminated because of oil spills. The brown pelican is one of the only two pelican species which feeds by diving into the water. 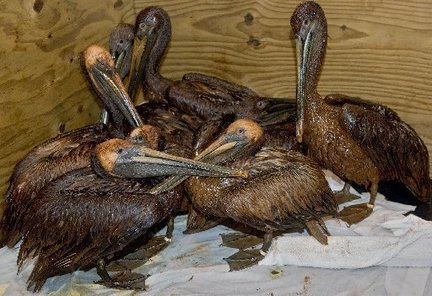 The 150 year old sea turtles were around before the BP and Valdez oil spills and we hope they will be around long after, The fishing industry is more than a way to make money. It is a rich culture that has been around longer than the oldest sea turtle. A way of life has been created around the lives of fishermen and women. Because of greed and corruption oil has threatened everything I mentioned above from the shrimp to the people and their way of life.  This is a communal industry and represents the very fabric of American life.

Multinationals invading these communities with their dollars are a threat to the whole, even their employees, when they cannot respect the surrounding area in which they operate.  Obviously, this spill was the result of a money decision-one that has done more damage than any money can ever account for.  Paying a fine doesn't cut it.  We all know these decisions are all weighed out in the boardrooms of these companies.  To let our corporations operate this way is a travesty.   If we give these lands and seas to use for mere profit, then these companies should be held to a very high standard.  Instead, they pay a fine and it's business as usual, a temporary sedative is given so the public feels the company is very concerned, and then it's back to business as usual.  Then they complain about “regulations.”    I will list below some of the impact of that decision and let it weigh on your conscience Mr. Board Member.   This is not the “American Dream.”  This is the few over the many.  It is the theft of human and civil liberties of all people. 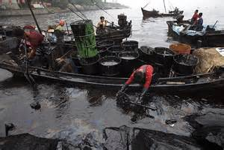 The BP oil spill is still harming the ocean and all living things that are linked to it. This is what greed does. Imagine if it was solar or wind, then the cottage industries would still be thriving, the peoples' health and welfare would be much better and tourism would be alive and well   When capitalism is practiced without humanitarian ethics or morals, the people who seek profit over human life have found themselves in wars and eventually falling to the rock bottom of their lives, if they don't die first. Think about the people who made money off of slavery then went to war in the USA and then lost that war. Slavery was about people putting profit before human life and many died because of their greed. Is it logical? Or is greed a disease? Is greed in our DNA? Like alcoholism?  Some have the disease and some have strong humanitarian ethics and morals and use it like preventive medicine against Greed. You decide. Is it logical to have capitalism without humanitarian ethics or morals?  Who is the greater for posterity's sake?

Here is some information to help you decide. It is about the damage oil spills do to our ocean. I know there are reasons for having oil wells, but that is not the issue. The question is “Is it logical to have capitalism without humanitarian ethics or morals? Is it logical to pollute our oceans, rivers, lakes, and ponds?

“Though oil is no longer readily visible on the surface, it isn’t gone. Scientists have found significant amounts on the Gulf floor, and the oil that has already washed into wetlands and beaches will likely persist for years. We likely will not see the full extent of impacts for many years, which makes creating and implementing successful restoration plans a serious challenge.”

Scientists are still assessing the effects of the estimated 170 million gallons of oil that flooded into the Gulf after the explosion of BP's Deepwater Horizon oil rig.
More than 8,000 birds, sea turtles, and marine mammals were found injured or dead in the six months after the spill.

Thank you from Taylor Watts

Your welcome and thank you for all your guidance. Everyone has been great and I like what I am learning.

Thank you for the very detailed post, Taylor! And thanks for joining us.