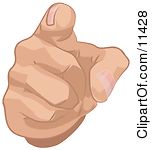 I use to blame everything on others so much I thought I might be a Republican. What ever it was that went wrong it was others faults, I never claimed responsibility for anything that went wrong and claimed credit for things that went well. That was over 32 years ago when I stopped drinking. Alcoholism ran rampant in my genetic family tree. Now I am a truly grateful recovering alcoholic. Blaming others and not accepting responsibility is a personality trait as well as being selfish, and not caring about others. Sounds like Congress. Over the years, I learned to accept responsibility for my own behaviour and not blame others. The amazing thing about blaming others is not reality based, but hearsay and unfounded opinions. My receiving my Masters Degree in Soical Work, I learned about humans behavior especially my own. I have been working, on, my personal growth and I found I was like the wilder beast that follows the heard in front of them even if they go over a cliff. I found myself like that with the majority of other Americans that blame Congress and the White House for all that goes wrong in American, I found I was blaming the wrong people with no real facts.

The Voters and the Media
bears responsibility for dysfunctional selfish, self-seaking government. 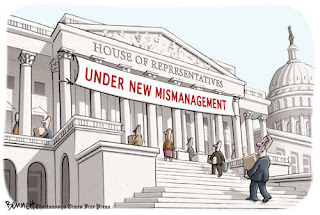 A government that has brought many Americans to their knees and a world opinions at its lowest since 1776. Those that are responsible for the 535 voting member's of Congress, are the voters, about 48% of the voters in the lower house elections, 1960–1995, The lowest percentage in the World, and 63% of the voters for United States 2008 presidential election. Those that blame Government the most is the "middle-class" that is 72% of population.

The other responsible for the failing of government is... 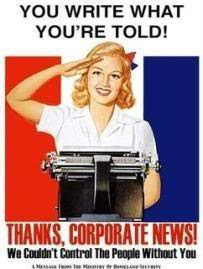 The "Big Six" Media Coprprations.
News Corporation, CBS Corporation, Viacom, Walt Disney Company, General Electric, and Time Warner are the largest media conglomerate in the world. Their 1"holdings including CNN, the CW (a joint venture with CBS), HBO, Cinemax, Cartoon Network, TBS, TNT, America Online, MapQuest, Moviefone"1http://en.wikipedia.org/wiki/News_media_(United_States," Warner Bros. Pictures, Castle Rock and New Line Cinema, and more than 150 magazines including Time, Sports Illustrated, Fortune, Marie Claire and People. 1"http://en.wikipedia.org/wiki/News_media_(United_States)," The Big Six Cable TV Print Telecom Radio. They massed over $250 Billion dollars collectively. They decide what "Main Street" Americans see. CNN leads the pack in the political arena. For decades, CNN only shown wealthy "upper-class candidates for President, never showing a "middle-class" candidate. Do you think they want to the "middle-class" to see one of their own? So the voters see wealthy "upper-class Candidates and their propaganda videos that contain information their employees researched to find out what the voters want to hear to win their votes. So like every election the "middle-class" will vote in another "upper-class" politician and complain about the Government failing, and they do this over and over. Like when I drank, I said I will stop doing this stupid thing, but I did it nor stop for 20 years, till I got sick and tired of being sick and tired. So the "Main Street voters are just like an alcoholic in that they keep doing the same thing over and over expecting diferent results. I wonder when they will get sick and tired of being sick and tired and recover. What a pefrect match, the voters like alcoholics act out on false information and put in politicans that act out like alcoholics concerned only for themselves and their "upper-class" members. Before i forget, The 252 Millionaires in Congress want to thank you for your votes and want to say, "We live, in the great Country, in the World."
So if voters to help American and improve the Government, here are some guidelines.
It's tough I know because a Politican running for office is just like an alcoholic, it's obvious when they lies their lips move.

1. Was or is a politician. Thinks like a politician.
2. From the "upper-class" Cannot view or hear the "middle Class."
3. Make foolish or traditional political rhetorical propaganda statement like Mitt Romney, "We live in the greatest country in the world." He lives in multi-million dollar estates and enjoys elite life style. Sara Palin saying, "Remeber us little people." Does she mean dwarfs and midgets that choose to be called "little People." Do you think she means us "main Street" people as "lower-class" than her "upper-class" status?
4. Mostly negative campaigns using negative tactics and blaming opponents for failures.
5. Say we have to have our Miltary in Islamic countries. They also says we are fighting for their liberty or our freedom. To catch a few hundred terrorists that are not based in any one country is a lie. Dick Chaney's, 1991 policy he wrote for world dominance.
1 "http://charliebigfeet.blogspot.com/2011/07/-song-of-america-drafting.html."

7. Pro-Miltary budget increases. They have been raised last 10 years, US Miltary allmost 50% of the whole world military budget. We are 600% higher than China that comes in second.
8. Does not sound like a real person but a typical politician with speeches written for them.

The media and the political propaganda machine have told you that an independent President would not work. The media do not give equal time to "middle-class" presidential candidates."middle-class" Canmake a difference, and insist that CNN give equal time to them even if they are not wealthy. China media and government controls what their people see and hear.
Enter in google search, "www.charlesharveyforpresident.com." I take domiate the first 2 pages and CNN knows I am running as I have psoted with all major CNN staff online. Ask yourself why not give unwealthy "middle-Class" candidates equal time.


Next article will be on us Baming the Oil Companies for High Prices at the Gas Pumps. 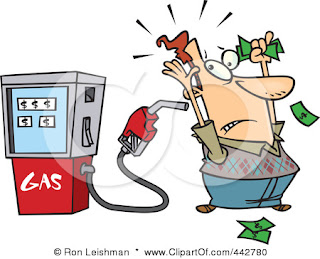