It has been evident for 30 years that "upper-class politicians voted into the both Houses and the White House has been a failure for 80% of middle Americans. Those that have benefited has been only the minority of the most wealthy and the "upper-class, and all those in Congress in both the Senate and House of Representatives are from the "upper-class." Here, is a short list of what the "upper-class' Politicians of both parties have done for "Main Street" USA that include the 'Middle-Class," the "Working-Class,"and the Poor, and the 50 million Americans that receive Social Security.

Charles Harvey, The "The Middle-Class" Man That Can.
1. Allowed tax loop holes for leading corporations like GE that profited over $14. Billion and paid not taxes.
2. Tax breaks for the wealthy.
3. allowed offshore banking.
4. Allowed American companies to outsource hundreds of thousands of jobs to foreign countries.
5. Allowed American companies to outsource manufacturing.
6. Allowed Wall Street to be unregulated even after proof provided of illegalities.
7. Allowed Ear-markings-"Pork" $60.billion in 2010, billions every year.
8. Allowed Military Budget to be raised last 10 years. A budget, that is almost half of the entire worlds military budgets. 600% higher that the 2ND highest military budget, China.
Read and you will know Why: "Dick Cheney's song of America: Drafting a plan for global dominance."
http://charliebigfeet.blogspot.com/2011/07/dick-cheneys-song-of-ame...
They say they need it for wars. Wars we created. We could have had 500 Special Forces like Seal Team #6, to hunt down key terrorist Globally since they were not in Iraq till we invaded. The few In Afghanistan fled to the hills after we invaded in a large force to the hills and then to Pakistan where bin ladin lived for 5 years. Besides causing thousands of Americans and allies lives, also over, 200.000 civilian lives lost by the US presence in the foreign country. Plus billions of dollars wasted on unnecessary wars.
9. Approved billions of dollars funding to Islamic countries that call us infidels.
10. They pretend that no increasing taxes is for us lower class when in fact, it his to protect the 6% of society the wealthy. They propagandize that if we give tax breaks to the rich they will but their money back into the American to create jobs, instead put the money into their portfolios.
11. After working on the budget deficit decide to go on 5 weeks vacation and not stay a little longer to keep FAA open and not pay over 70.000 employees, That Senator Harry Reid could have called a session to keep FAA open. Well, maybe when they get back off their well deserved vacation, they will put it on their agenda. Maybe, the 7,000 can buy a turkey for Thanksgiving.

there are many more, but that is some of the main stupid decisions the "Upper_Class" politicians, "We the People" voted for. So when we point your finger at them, remember that 3 fingers are pointing back at us. Would any "middle-class" person with average intelligence make the same decision listed above? No, they would use commonsense decisions best for America and the "middle-class." If a person has ever seen feel good movies like, ‘Mr. Smith Goes to Washington,' and ‘Dave.' it is about ordinary people from the "middle-class" that go to Washington and make incredible commonsense decision best for the majority of "main street" America, not "wall" street? That can happen, and I am the "unknown man that can, from middle class.' Charles Harvey. "http://www.charlesharveyforpresident.com. Also listed on, "http://2012.presidential-candidates.org," along with the candidates, seen on CNN including, Mitt Romney, Sara Palin, Michele Bachmann, and Obama. Media will not give me any coverage because I am not wealthy or well know and come from the "middle class." Sound like the way China handles the media that show what they want the masses to see.


Please notice that GOP wants to cut programs and reduce funding on everything that benifits the poor,"working-class" "middle-class: and retired, alll programs that Congress, Majority "upper-class" that have no need for all those programs that benifit over 90% of the Americans population. Do the math, Middle-Class takes up 72% of the population alone. The reasons, why program that benifit the "lower-classes "by "upper-class" policy makers, is a subject not brought up by CNN, owed by time warner and part owed by GE, and both are part of the "big Six"media Corporations that control what the "lower-classes" see, read, and hear. Media (part of the "Upper-Class, and Elite) think we are imbasels. CNN will not even give the time of the day to a "middle-Class" presidential candidate, Unless they are wealthy, well supported, or a politician. Do you know many Politicians that are "middle- Class?" Congress has over 253 millionaire alone. 435 plus 6 non-voting members inUnited 1States House of Representatives and 100 in the United States Senate. For a total, of 535 memebers in both houses. My God, that is almost half of our Congress that live well and do not need the service they cut for the Little People as Sara palin stated: "Remember us "little people."and she was not referrring to "midgets and "dwarfs."That is the mentality of the "upper class politicians. Both Sara palin and Mitt Romney said on TV, "We live, in the greatest Country, in the World, as the go home at night to their muti-million dollar mansion. Give media to Presidential Candidates form the "middle-class," like Charles Harvey. If anyone on the CNN staff entered, "www.charlesharveyforpresident.com," on a Goggle search, would find Charles Harveyi for president-2012 dominates all the first and second pages. I have contacted every staff memeber of CNN on Facebook and Tweeter with not one response. You would think I was In China where they control what people see and hear. Would that happen in "the greatest Country in the World." Right? 1"http://en.wikipedia.org/wiki/Dennis_Chavez. 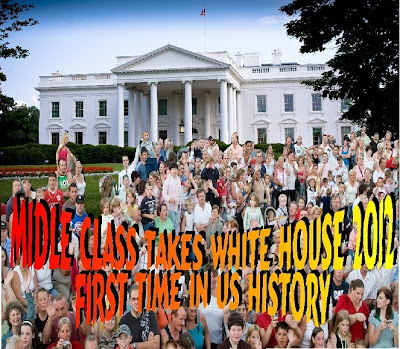