The Citizens of America's Tax Plan

This group is about how American Citizens can come up with a fair tax system for America. Looking for ideas and comments to this issue, so lets build a plan together.

This group does not have any discussions yet.

A flat rate for all the higher brackets...up to the billion mark.

No discounting the first thirty thousand out of the higher earning brackets.

It is just a plan that needs work, I made the plan from others in put, that is why I am asking what you all think, help make the plan. thanks.

I'm still where I was on November 13. I Iike simple, but fair and "efficient" plans.

One of the primary arguments against a progressive tax is that of wealth-transfer and the elements of communism/socialism that it brings up.

I still think a progressive earnings tax is the way to go. Bear with me for a minute and envision capitalism as a high stakes poker tournament. In the beginning all the players have the same buy-in, but as the games progress on various tables, there are winners and losers. The winners move up to the next table and the losers are now spectators. As the tournament continues, there are substantially larger winners as well as a steadily increasing group of those that are out of the game.  Eventually we are left with a small core of excessively rich players battling it out for supremacy.

This is the natural progression of capitalism. It favors innovation, entrepreneurship, and pays exceedingly greater rewards. The problem is that the game must eventually end. At some point only a few people have the vast majority of the wealth and everyone else is on the outside looking in.

"One of the primary arguments against a progressive tax is that of wealth-transfer and the elements of communism/socialism that it brings up."

Yes, "Wealth transfer" is one of the "high winner's" dirty concepts. They don't like seeing their tax percentage rate increase, to presumably be recycled to those that didn't play the capitalist game as well. This "wealth transfer" ends up in the military sector, the welfare rolls and, for the Middle Class, into maintaining the nation's "superstructure" that is the framework that enables the game to be played, but that ages and wears out.

Somewhere, in the capitalist game that came out of Europe and  continued here in America, a rule for "the game" was made, that said the higher the win, the higher the tax rate. It was maybe reasoned that more wealth can sustain well, more price, for winning more in the game.

I do not know where this "rule" came from. But I do not think it came from the winners...the mighty in wealth and power folks. But, who else would have the power to establish this rule?

Is it possible that some of the winners saw the rightness and Betterness of this "higher rate rule" and managed to get it established in the capitalist game here in America? And that they did this through a majority vote among Our Law Maker/Representatives? (winners, but not of the highest kind)

What role did the Worker Class play in this rule, that is fair to the Many, at the expense of the "few".

Was this "higher rate rule" intended to make "the game" last longer?

And does the "game lasting longer" enable the high winners to go higher in wealth and power yet? Maybe some of them saw this and "threw in" with the majority that, for many reasons and mindsets, established this rule?

I don't know. Maybe some day I will know more about this "progressive tax rate rule".

From where I am standing (retired Worker - lower middle class), it looks Fair and Just to me. Shoot! What do some Individuals want with more than seven million to do with as they please (within moral reason) anyway?

It seems like some Individuals get so caught up in the game that they are not happy doing anything else. And there ARE a lot of worthy things in Life besides obtaining more wealth. (In my opinion) Its a kind of addiction isn't it? I don't know if this "addiction" comes out of the mind that has it, or is a product of the game it plays, but I can see where it could be very unhealthy for Our Nation, if it goes too far. Part of this addiction is the powerful mental force called greed. Surely We The People can all see the potential harm, to Many, of this "black hole" of Our Psyches?

We The People should see to it that there are anti-addiction limits placed on the high win players of the game, for the sake of Our Nation.

Maybe these "players", who have achieved the maximum allowed success of this prosperity game, could divert their energies into teaching others how to Better play it?

Maybe the game should have a "reset" feature? Before it gets "out of hand"?

These regulatory thoughts and feelings, could be labeled Socialistic, or Communistic. They could also be seen in the light of Fairness and Justness to We The Many. If you hear someone call these notions socialistic or communistic, that is an immediate clue about the mindset and game status of the "sayer".

Socialism and Communism can be bad things, just like Capitalism...when they are taken too far without a "reset"...or Balancing adjustment. We The People, the Participating and True Citizens of America, have the responsibility to learn how to do this "resetting" and "adjusting".

"This is the natural progression of capitalism. It favors innovation, entrepreneurship, and pays exceedingly greater rewards."

Yes. I agree. At first it does these Good Things. But then something subtle and bad happens.

The "High Winners" begin to try to absorb and monopolize "innovation".

They begin to try and gobble up successful "entrepreneurship", or block it.

The "rewards" (wealth and recognition for a playing "job" well done, but yes, "exceeding" that which would be Better for Most of Us) begin to go "too far". These rewards take more and more and Give Back less and less. This is because, shortsightedly, there are insufficent brakes built into "the game". The game begins to head toward the ultimate, but harmful reset of resource misuse and waste mayhem and exhaustion...the brink of the chasm of no return. (or at least not a "return" to what was...as "the game".)

The "brakes" of the game could be the progressive tax rate. This could supply the resources and wealth power needed to build "parachutes" to save Us at the brink"...or...enable Us to stop motion toward the brink and veer off on Good Alternate More Sustainable Paths. At this point the game should change accordingly.

But, maybe "the brink" is not so bad? At least for a few?

Maybe the progressive tax rate could kick in at the three million dollar mark?

Say, the previous beginning tax rate of 10% progressing to 20% when the three million dollar mark is achieved?

Then say, maybe a 5% increase for every additional million earned per year after that? Four million minus 25%, then five million minus 30% and so forth?

I spend over 12 hours a day working on the plan ,For one hole week  you just see some of the plan, If .you spend the time I did you would know how much work it is, so I ask any of you to spend the time it takes to make a tax plan good luck too, thanks for your time KJF

Good evening Keith John Ferguson. I hope you are not feeling and thinking that I, or others of Us, are taking your mention of a "tax plan", or the work you have put in to it lightly? I, for one, have taken your request for input seriously and have responded with, at least, some enthusiasm and spirit of support for what you are trying to do.

In your last message above, you wrote: "I spend over 12 hours a day working on the plan ,For one hole week..."

Keith. I think that that is just awesome. Twelve hours per day for seven days is no easy matter and reveals that you are capable of strong dedication to things that matter to you most. I don't remember me ever doing anything even near that. What a burst and use of energy that must have entailed. I'm truly impressed. I can only imagine how much you achieved in that time...in study and in setting down your ideas about a new tax plan...for Our Party to offer to Our Nation.

Yes. I think that is True. And I think you should bring ALL of it here for Us (at least some of Us who would) to review and discuss it in detail.

I believe that is True.

"...so I ask any of you to spend the time it takes to make a tax plan good luck too, thanks for your time KJF"

Well Keith. Any new tax plan for Our Nation, that I would design, would be relatively simple and, at least initially, uncomplicated. I think what I have responded with indicates this.

You see, Keith. I am not trained in the arts of taxation. And this may, or may not be a Good thing, depending on what the majority of True American Citizens understands and decides about this. I bet you, I could not even tell you all of the tried and true (or maybe not) elements of a tax plan for a nation like Ours. I just see taxation, as it is, as being something that works well for a few, but not so well for The Many.

And this observation causes my mind to leap to a completely alternate way of raising "revenue" for Our Land.

End taxation totally. Let Our Government (Treasury Department) print the currency and mint the coins it needs to pay for the cost of running the Future America. We The American People should decide and not waver from, the values and purchasing powers of this True Money. We should decide, in all Fairness to All of Us, what We should and will pay for the items of Life and Our Nation, that We need.

So, as I am sure you may now see, I am not of a lot of use to you and a "New American Taxation Plan". I think I see a Better Way.

But, I promise You Sir. I will, with as much Honesty as I can find within me, respond to your new tax plan.This is my duty as an American True Citizen and as a member of this fine new party.

So. Please post here, what you have, with Good Heart and Mind, developed and I will help you to the best of my ignorant Worker Class ability. I can at least see if something seems Fair or Right or wrong, for We The People, or not. (I think)

See I am not done with the plan, I am getting more info from citizens, so when I get more info, I will be back at the plan all over again, start new for another 12 hours for a week long trying to make it fair for all, that is why I read the info I get, I still ask people for there input, it is hard to make a fair plan, it could take weeks, but when I am done, it is done, and will be fair. 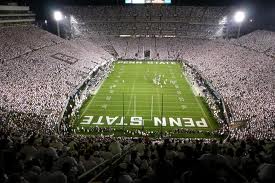