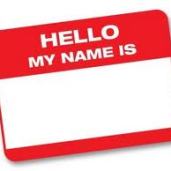 Welcome! Please introduce yourself to our other members and feel free to share some of your reasons for seeking a new political home. Feel free to tell us about yourself, where you live and anything else you would like to share.

Replies to This Discussion

Greetings to the leaders and members of this  transformed new third party.

I am a "white" male, 65 years old, of the Worker Class. Politically dormant between 1989 and 2008. Woke up realizing Our Nation was in deep trouble from the new world order and its agents and minions in the banking, corporate, military/industrial, big business world AND from We The People, who were mostly and barely living up to Our social and political responsibilities as The American People. We were and still are, allowing the new world order wealth and power world conquest movement to enslave Humanity. We are mostly just consumers and not "True Citizens".

In the 2008 election year, helped to get signatures in Sonora, California for Independent Presidential Candidate, Ralph Nader. Began to form and join diverse political internet groups in an effort to better understand Our Situation as a Sovereign People. Have struggled to learn more about Conservatism, Natural Law, Libertarianism, the new world order, Progressivism, Socialism, global warming, the Tea Party Movement and the Green Movement. I am basically overwhelmed by all the information, True or not, that is involved in Our Human State.

A few of my Yahoo group sites are:

http://groups.yahoo.com/group/Third_Parties_Coalition/ This one is quite feeble, but does get a good flow of various news and article input.

http://groups.yahoo.com/group/American_Peoples_Plebiscite/  This one has quite a few polls to participate in, but is still low in membership and traffic.

http://groups.yahoo.com/group/Direct_Democracy/ Presently my favorite site...my best hope for Us. Not much in here yet, but has interesting traffic between "NI4D", (another Direct Democracy effort), and me.

My name is Dan and I love the Platform this party has adopted! I was wondering what CP's stance was on a few issues and where the proper place to ask those questions would be or to whom they should be addressed. Any assistance or direction is appreciated.

I have personally been an independent voter most of my life and have never found a party I was in agreement enough to claim their mantle, but as I said I love what I have seen of your platform and maybe this will be the one.

Once we get the money out of politics we should see it replaced by the peoples best interest.

Thank you for the comments. You can send questions via our contact us form or by sending a message directly to me or the Citizens Party profile.

In February 2011 I became involved in our local city politics as an outsider looking in for the first time ever . As a recent empty nester and small buisness owner the direction of our Govt.seems unacceptable and no longer seems to represent me. My decision is to set an example to my children and others by getting involved and informed in our local city affairs.  My message to Occupiers is Occupy your local city council meetings to effect local change.  Our citizen access here has been sinful to say the least.  I know I live in a small rural farming community, Silverton Oregon however, there is no excuse for the WAY our cute little city of 9,700 has been operating.   Just look at what our complacentcy and TRUST of our leaders has gotten us.  I do not favor any type of radical groups and find them springing up and growing.  This 3rd party actually makes sense to me and we can only pray for a peaceful outcome for the years to come.  Yours truly, Kristen Sweeney " newbie"

I found your site with google

Other organisations I've joined in the past seem to fall flat on their feet. Let's hope that bad luck doesn't spread here.

I'm also quite fond of the youth rights movement, which has taken surprising leaps and bounds as of late.

21, currently jobless but looking, going to school for Business Administration. I'm also bi-lingual, fluent in the Scots language. I found this site on Wikipedia, of all places.

Don't have much else to say, so hello all, and here's to the people.

Welcome Robert! Thanks for finding us and joining.

I am a proud citizen of the USA.  I am looking for another party to form and be a driving force to break the gridlock of our two party system.

It is a disgrace what our elected leaders are doing to this nation and "We the People".

I hope the membership of the Citizens Party forms this driving force and wakes our people out of their taking what has been shoved at us and the destroying our middle class.

Wake up people! I am mad as hell and I am not going to take it anymore.

My name is Kevin, I am very young but very passionate about politics. I was looking up political parties when I stumbled upon the Citizen's party and was blown away that all of my political beliefs were summed up into one single platform!

I'm only in highschool but have always wanted to run for a position in government, I'm my student body president, Master Councilor of my fraternity where I live and am in many school activities but there is nothing I want more than to serve my country through the political process.

It may be a few years before I can truly make a difference within the party, but until then I look forward to being active within discussion and stay savy within what's going on within the party.

I have been a political activist for over 6 years, since being laid off when my I.T. department was phased out at a major university in 2006 (I was the MIS).  Before that and during I took 2 dozen economics courses, wrote over 200 articles, which led to my being the Economics Editor at opednews.com, a leading progressive news blog with 250k-800k unique visitors a month.  I also blog for the Huffington Post, Global Economic Intersection and Daily Kos.

From April 2010 until this month, I was president of the local chapter of Common Ground USA, a Georgist activist group seeking land tax reform based on Henry George's best-selling opus, Progress and Poverty.  I have also been the NY Coordinator for the Public Banking Institute from 2011 until present.

My articles were anthologized at the request of a small publisher and released as a book, America is Not Broke! Four Multi-Trillion Dollar Paths to a Thriving America.  You may find more about the book, as well as see/hear some of the 17 TV/Radio shows I was on recently to publicize the ideas in it this past fall, on this website: americaisnotbroke.net.

A more general list of my TV/Radio/Classroom presentations etc. may be found here: http://newthinking.blogspot.com/

Like many of you, I am dissatisfied to downright alarmed and disgusted by many of the candidates running for president currently, though at least one of them, Bernie Sanders, endorses one of the 4 key platforms of my book: Public Banking.  The others are:

3.  Government Asset Reform - basically auditing and then repurposing the 10s of trillions in investable assets the governments of the country already have.

Our country is on an unsustainable economic course.  I believe that without the tried and proven ideas I lay out in my book and articles, there is no way to create a just, sustainable, and growing economy that works for everyone.

I agree with 90% of the Citizen's Party platform (well, nobody's perfect!) and would like to add to it.

I would consider running as YOUR candidate, but no other party's endorsement interests me or aligns as closely to my beliefs and values.

What do you think?